Take a look at our past artists and exhibits! 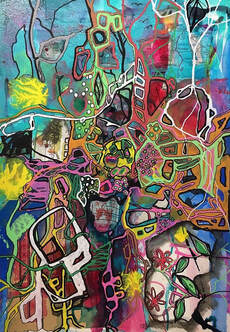 Heather Neiman
​Heather’s work aims at projecting raw emotions. She uses the story, process, thoughts, feelings, and intuition when creating. While painting live, people are always surprised when Heather encourages them to participate in her painting process by adding their own creative touch to her pieces.  Viewers are drawn to Heather’s work by a force they are not aware of. Her willingness to be vulnerable while painting infuses an energy that invites you to stay. 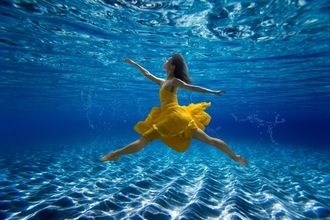 Suzanne Barton
Suzanne Barton is an award-winning photographer who lives and works in Fort Lauderdale, Florida. Passionate about photography since childhood, she has worked professionally since 1985. Suzanne calls herself an old school photographer who embraces the digital era’s new tools to create unique combinations of color, design, and imagination, surrounded by the grace, fluidity, majesty, and serenity of water, the essence of life itself. 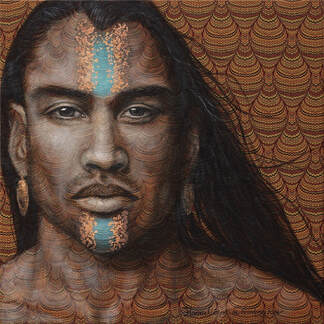 Florencia Clement de Grandprey
Florencia Clément de Grandprey was born and raised in southern Spain by an American mother and French/Italian father. Florencia is a self-taught artist, with no formal art training or education. Her mission is to empower and inspire through positive and meaningful work. Through her artwork, Florencia desires to portray strong, elegant, and confident men and women to celebrate what makes us unique as well as aide in the healing of much of the suffering that we experience throughout our lives. 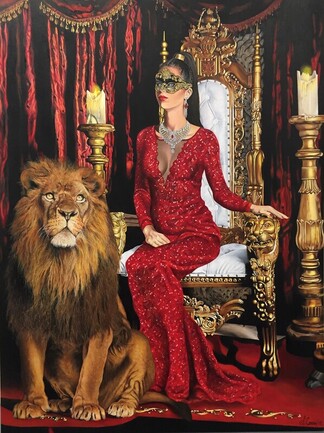 Jarred Corey
Jarred Corey is a South Florida artist who specializes in surrealism, realism and fine detail. His fusion of surreal and naturalistic styles invokes a sense of beauty, imagination, and desire. Much of his work explores ideologies that correlate with his passions, such as his love for music, pop culture, and the female form. Many of Jarred’s paintings juxtapose numerous images that take the viewer on a visual journey. His attention to detail and the various manipulation of colors and experiences leaves much of the interpretation up to the viewer. 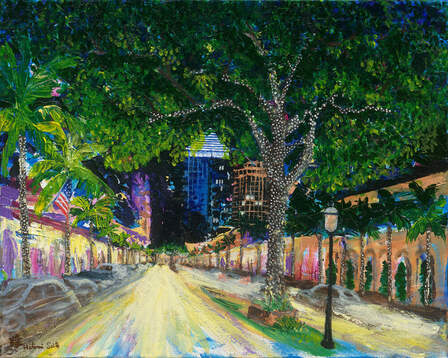 Hitomi Saito
Hitomi was born and raised in Shizuoka Japan. Her passion for art was realized at an early age. She recalls growing up with a fascination for the arts, design, and fashion and decided to pursue this love by undertaking a degree in fashion. Hitomi graduated with a degree in fashion design from Bunka Fukusou Gakuen, located in Tokyo, Japan. It is apparent Hitomi draws influence from her fashion roots in many of her portrait pieces. This inspiration is seen through her portraits of iconic fashion and sports celebrities, such as Marilyn Monroe and Rocky Balboa. 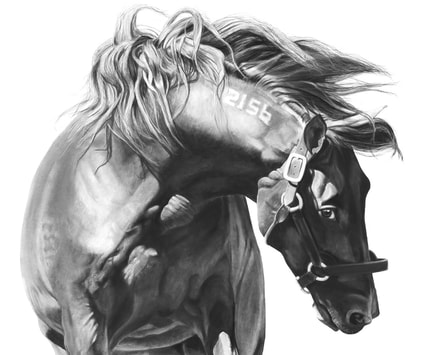 Virginia Fifield
Virginia Fifield is best known for her powerful large scale, super-realistic charcoal drawings of nature. Virginia moved to Florida 25 years ago. Deeply moved by Florida’s magnificent and fragile beauty, Fifield returned to her first passion of fine art and began her signature series of super realistic, large scale, black and white drawings of nature. With these drawings, she seeks to inspire a deeper connection to the natural world. 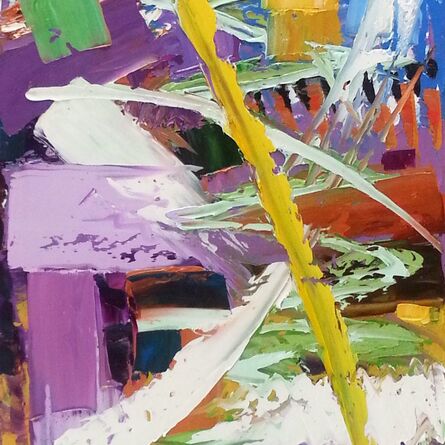 MaiYap
MaiYap expresses her artistic theme through multiple mediums and styles, most notably her intricate floral paintings. She refers to them as “organic abstracts”, as MaiYap states, “The color in my flowers surpasses shape and form. I hope that they will delight the viewer’s senses and enlighten their mind, bringing them great enjoyment”. 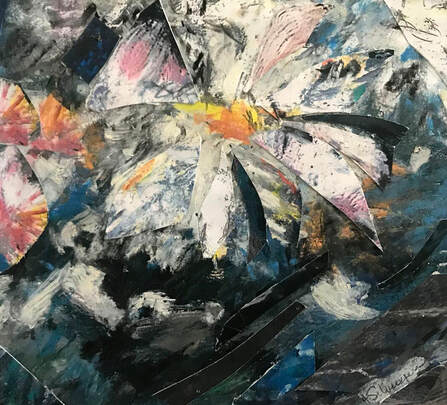 Harriet Silverstein
I am inspired by natural color and light in the ways they define visual form, texture, and physical atmosphere. As I literally build a visual surface, I am inspired by the physical and intellectual act of manipulating colored paint and drawing media. This intensely direct visceral process allows me to see what develops organically. Color and the sensual material quality of art media have always fascinated me for the visual translation they create. 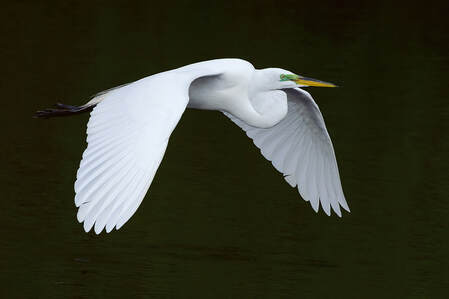 Phoenix
A native South Floridian, Fort Lauderdale photographer Phoenix has enjoyed a varied career that ranges from journalism and media relations to business coach and film-making instructor. All disciplines that have converged to form who she is today: a celebrated nature photographer. 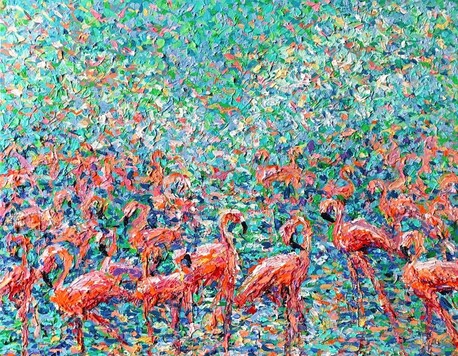 Diane Delorey
Diane Delorey is an award winning painter whose work explores movement and space in bold hues and textures. Originally from Texas, Delorey’s current work reflects South Florida’s exuberant colors and is featured in galleries across the region. 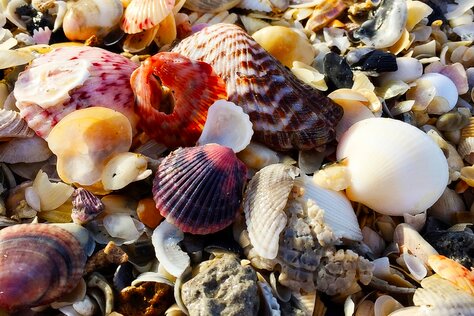 ​    Jeremiah Jenner
Jeremiah Jenner has been a photographer for 46 years.  Jeremiah's sleek and minimalist limited editions have endeared the media as well as the serious art collector. 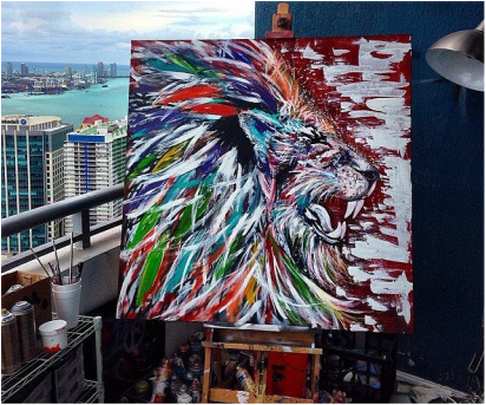 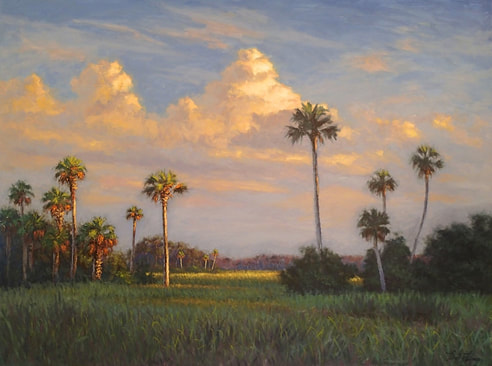 Tim Forman
As a landscape artist, Tim captures the essence of a scene and communicate that which inspires awe.
Tim is a third generation Floridian. 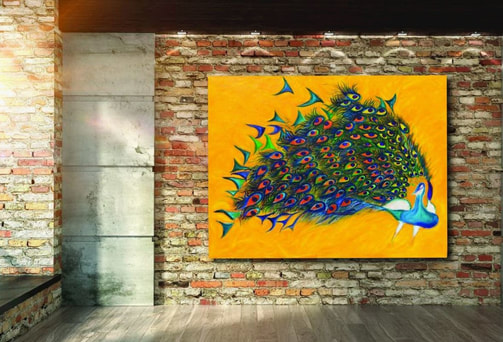